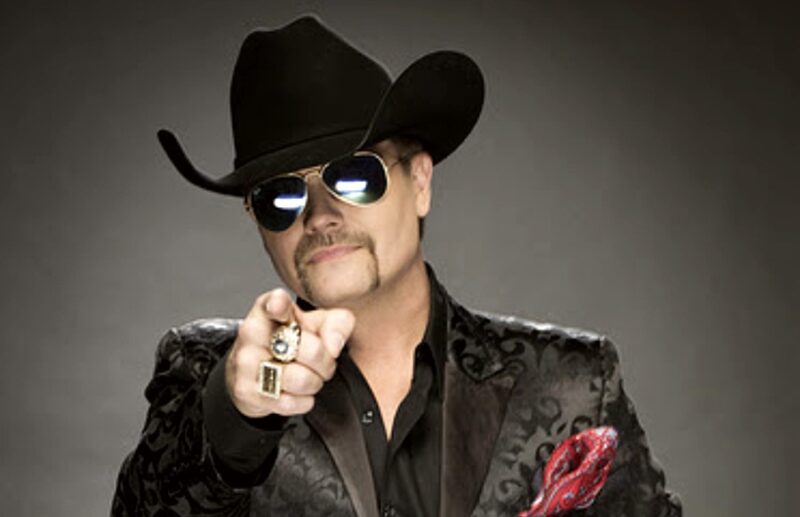 John Rich is returning for another season of The Pursuit! with John Rich, this time airing on Fox Business. This season has Rich sitting down with a wide and eclectic variety of guests, including Wynonna Judd, Jake Owen, Richard Petty. Gavin DeGraw, Dave Ramsey, Candace Owens, Meat Loaf, Mike Rowe and others, with Rich discussing with all of them how they, in their own way, define and pursue happiness.

“The basis of the show is one simple sentence. And that is: America doesn’t guarantee us happiness.” Rich tells Everything Nash. “It guarantees us the right to pursue happiness. That’s what it guarantees us. And with all the division and nastiness that’s going on in our country right now, I wanted to put a show together that reminded Americans of what we still have in common, which is the right to pursue happiness. We all have that, regardless of who you are, what you think, where you live, what your politics are.”

Rich might seem like he has a charmed life, with his Redneck Riviera business empire, and his successful career as one-half of the Big & Rich duo, but the 47-year-old says that is a far, far cry from the truth.

“As a kid that grew up in Texas in a double-wide trailer, I have a high school diploma, nothing fancy,” Rich says. “I’m just a hard working hard, big-dreaming kind of a person. I think I’m probably your basic American, in a lot of those ways. I wanted to interview people from all different backgrounds and walks of life that had similar stories, that had to go out and build it with their own two hands. They had to overcome a lot. They had to be persistent. They had to fail a lot.”

Rich insists that the point of The Pursuit! isn’t to highlight how well people have done with their respective businesses, but instead uncovering what it was in them that made them keep fighting for whatever success means to them.

While the list of guests on The Pursuit! is quite diverse, Rich insists that there are far more similarities among them than differences.

“What I find is these parallels that run through literally everybody I talked to,” Rich says. “When you get down to the DNA of what makes them tick, it is almost verbatim with every single person, just the results are different. And the way that they come across is different. But the path to success for most people is very much the same.”

Rich isn’t immune to the struggles America is facing right now, between the problems brought on by the pandemic, political divisiveness and more. But the father of two says that those things have very little to do with his emotional state.

“The fact that we have the right to pursue [happiness] in the first place should inherently make us happy,” Rich says. “It’s why we have lines of people coming into this country and no lines going out. People come here from all over the world. This very day, billions of people woke up on planet earth. And because of where they live, what governments might be over them, what limitations may have been put on them, they cannot exhaust their potential. They cannot be everything God intended for them to be because of their situation.

The Pursuit! premieres on September 22. The show airs on Wednesday nights at 9:00 and 9:30 PM ET on Fox Business. For more information on The Pursuit! with John Rich, visit FoxBusiness.com.