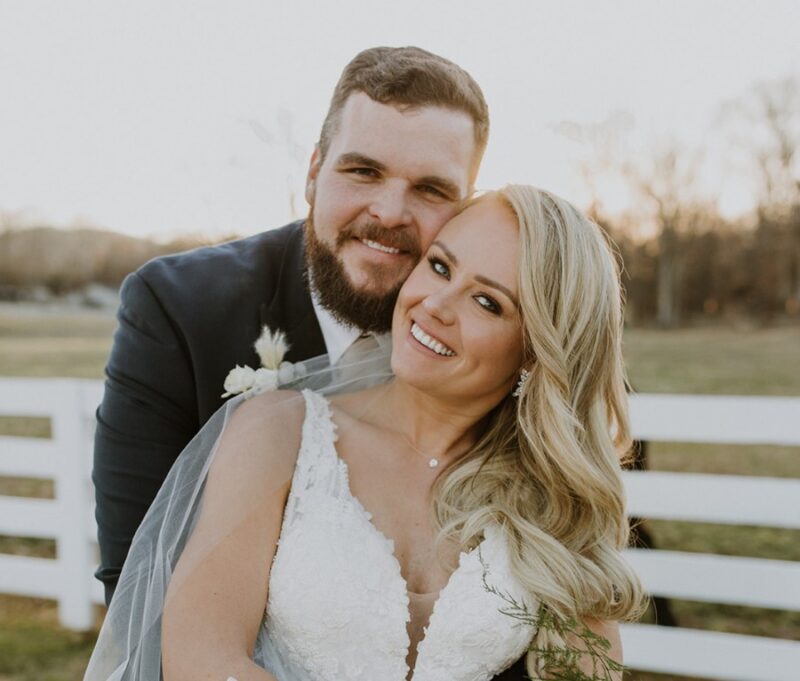 Happy anniversary to Jake Hoot and his wife, Brittney! The couple said “I do” one year ago, on March 7, 2021, in a beautiful, intimate ceremony just outside of Nashville.

“It is amazing,” Hoot gushes to Everything Nash about married life. “I love it. I always tell everybody being a dad is the best feeling in the world, but being married, it probably edges it out just a little bit. It’s amazing. She’s great. We’re loving it.”

Fortunately, Hoot’s daughter, Macy, loves having Brittney as part of the family as much as Hoot does. Although Brittney doesn’t have any children of her own, she quickly took to the role of being a stepmom to Macy.

“I think as a single parent, that was one of the most nerve-wracking things, to date anybody and to bring anybody in close, for fear that there’s clash or there’s weirdness. But the first day that they met, Macy literally asked her if she would move in with us and be best friends forever, and then told me I could be their live-in butler. So I knew then it was gonna be a good match. And they’re like two peas in a pod. They’re best friends. I couldn’t have asked for it to go any better than what it did.”

Hoot and Brittney currently have their first single out together with “Wherever Time Goes.” The Season 17 winner of The Voice wrote the song with Houston Phillips and Michael Farren, inspired by both Britteny and Macy.

Hoot wasn’t sure how he and Brittney would celebrate their first anniversary, but he promised it would be something she would never forget.

“I’m going to go all out,” Hoot hints. “I haven’t decided yet what we’re doing, but it’s gonna be good.”

Find “Wherever Time Goes” and all of Hoot’s music, as well as a list of his upcoming shows, by visiting his website.